ManagerLeague - Hardware update and other rumors

The long wait for the news servers arrival has proved a bit shorter than expected. With chip shortages everywhere and productions delays all around the globe, we are happy to announce the arrival of the new servers. The servers were ordered in July and the delivery was scheduled for mid November. Dell delivered them a bit earlier than promised. You can check them out in the picture below. 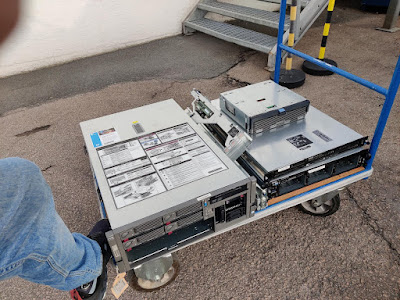 After the initial amazement of that sexy Spinner's knee, I'm sure you're wondering about the specifications of the new hardware. Both new servers are equipped with SSD technology and 8 GB of NV Cache on the raid controllers, 24 core processors with base clock speed at 2.3 Ghz that can be boosted up to 3.2 GHz. One server has 64 GB of RAM and the other has 192 GB of RAM. Although they are meant to boost ML performances and your ML experience, they won't boost your gains, that you'll have to do on your own!

Rumors have it that with the new servers, playing 102 friendlies out of 100 each season will be even harder than it was now. Looking forward to Jiji's input on a new way to play 102 friendlies.

It's been a busy week at the ML hosting center with old hardware flying everywhere. 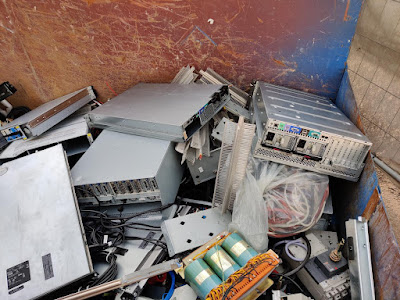 After some heavy working days (the only way that Spinner knows how to work) with the goal of reducing the space occupied by ML Hardware, this is how the cabinet looks like. 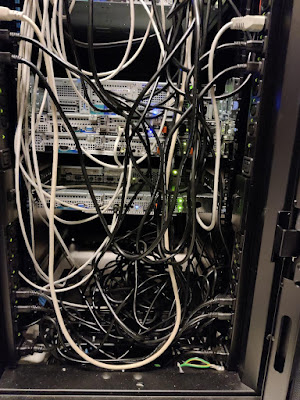 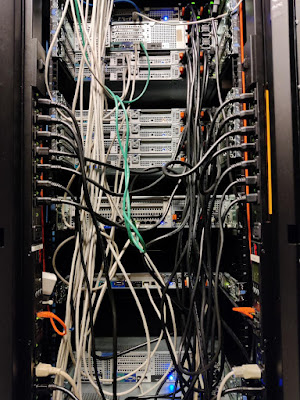 Cable management is an art, certainly not a culinary art, although we had managers claiming that a bit of sauce could turn those cables into a delicious spaghetti dish. Other rumors says that Ratty might set up the headquarters for his new team nearby and literary start "pulling the strings" in hopes to challenge for a new Swedish League title.
As things stand, the earliest date at which we could expect the new servers to go live, is the 9th of December, The First Day of Season 213. But this date is not set in stones yet, depending on how other things progress, it might get delayed a bit. Let's keep our fingers crossed!
at October 31, 2021

Hello ladies and gentlemen,  We asked your opinion on who's gonna' win the "ML Roulette" this season. The fan favorite,...

Changelog and things to come